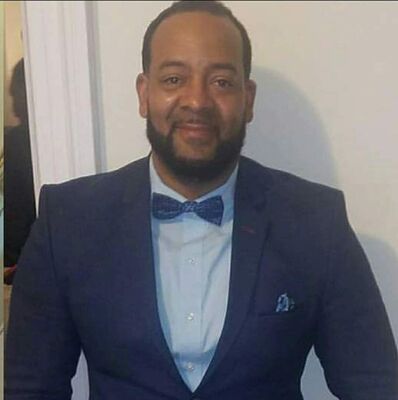 Roony Vizcaino is not just a New York City Public School Principal. He is the dream of our public school system - living, breathing, championing, and replicating what is possible when opportunity is offered and taken. Growing up between the Bronx, Manhattan, and Brooklyn - depending on where the rent was due - Principal Viz (as he’s known to his school community), was educated in the same classrooms he leads today. As a man of color, Viz remembers his opportunities felt limited. There were no people in school leadership that looked like him, and no one was looking for any, either. Viz saw many well-meaning White leaders who knew the academic component of schooling through and through, who said the right things, but couldn’t really relate to their students because they didn’t live their story. They didn’t know what it was like to wake up in the projects, to balance work and school, to have a parent juggling multiple jobs without time to connect with, let alone supervise, their children. This knowledge wasn’t a “professional asset” to Viz, it was just his life. So when it came time to pick a high school to lead, he looked for the one with the highest Economic Need Index. He wanted one that felt like home.

Today that home is Urban Assembly School for Global Commerce, a small school within the Urban Assembly network located in East Harlem with CTE pathways in Scientific Research and Engineering, Transportation, Distribution & Logistics. Here, Principal Viz is both leader and developer. With a keen eye for the staff members in his community who connect with and empower young people, Viz is always looking to build capacity by looking beyond the label someone currently has and capitalizing instead on their orientation toward the work. Right now Mr. Viz has a paraprofessional who doubles as a “kid whisperer.” She can get through to any student, even the ones Viz can’t crack, and so he got her rolling on a Bachelor’s program and set her up to co-lead an advisory. He’s also established “Grade Ambassadors,” a role that allows school aides and paraprofessionals to manage a grade and learn some of the administrative and community-developing elements of leadership. He takes advantage of the professional development offerings from the Urban Assembly network and sends as many people as he can, even those whose roles aren’t quite aligned to the content...yet. His focus is relentless on assets and growth opportunities.

A tenet of Viz’s leadership is identifying with every population in your school. He says, “My physical identity as BIPOC always stays intact, I am proud and I know who I am, but the soul of my identity changes all the time because I am so tied to the work.” Viz identifies with his immigrant students, teachers from different parts of the US, and with his LGBTQ+ students and staff. Viz has also developed an eye for intersectionality within his staff member's identities and finds ways to align perspective with purpose so that the right people are working in the right places, and can leverage who they are to make an impact. He also works to be aware of how or when who he is might be impacting his actions. Upon recent reflection, Viz noticed that every Hispanic Heritage and Black History Month he would put up pictures and quotes of famous figures, but after reading books from role models like Gholdy Muhammad and Bettina Love, he realized he wasn’t doing as good a job for his LGBTQ+ community. Perhaps out of fear he would “do it wrong” or “pick the wrong people,” he held back. He holds himself accountable to change, and knows he can’t be scared - he must trust that in his community, someone will lovingly correct him if he makes a mistake, and that’s OK.

It’s this leadership in action that Principal Viz hopes reinforces his community’s values: Voice, Opportunity, Integrity, Collaboration and Equity/Empathy. Though they don’t appear on the Danielson Rubric, when Viz sees his community demonstrating these traits themselves, from students to teachers to paras to parents, he knows he’s on the path he intends to be, and that he’s leading others along it, too.

Because of the Urban Assembly, I will be the first person in my family to graduate college. I am forever grateful to all their time and dedication they provided me on this journey.